This was a project I developed when I decided I needed some vegetation. As you can tell, I'm not much of an artist. I thought up some specs on how to describe plants and went about implementing it with my script library.

The concept history traces back to an older IFS program that was only capable of rendering two branches and had no mesh support. Believe it or not, IFS itself was based on an older IFS renderer I made with even less control but did generate a mesh over the structure. This project was a long desired attempt to add greater control to iterated function set generators.

I am a big L-Systems fan, but as is the nature of so many programmer hobbyists, I'd rather re-invent the wheel simply for sake of the exercise than go about recharting older code. At least that was my philosophy back when I made this program (and so many others on this site). Since then I hope I've changed my ways, and have taken more to using 3rd-party libraries. Tried and true. 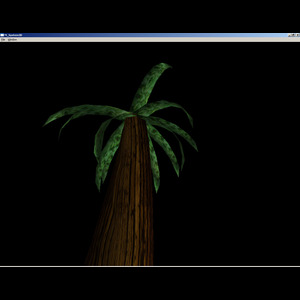 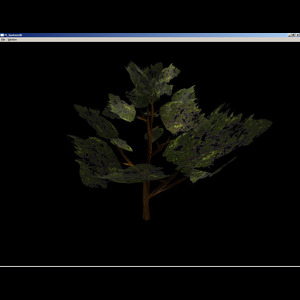